Nigel Pollock, Quality Roading and Services (QRS) chief executive puts the Wairoa based roading firm’s business award win down to maintaining a balance between economic support for council (which owns QRS) and its social responsibility to the people of Wairoa. QRS won the Hawke’s Bay Chamber of Commerce 2020 Pan Pac Supreme Business Awards at the end of 2020, with Nigel celebrating the win with most of the 87 strong team and a very proud mayor in Craig Little. The Profit interviewed Nigel on what the win means for the business and Wairoa district and what’s next for the business.

Briefly describe what QRS does? Tell me a bit about the businesses – what’s the mix of council and commercial type of business it does?Is all the work based in and around Wairoa or further afield?

Quality Roading and Services is 100 percent owned by Wairoa District Council. We’re known as a council-controlled trading organisation or a CCTO. We have our own board of directors with reporting responsibilities to Wairoa District Council councillors and have been trading for 26 years. Our speciality is civil construction and roading infrastructure. About a third of our work is for Wairoa District Council. Just under two-thirds of our work is for the Government and a small amount of work is in the private sector. We offer a full range of civil engineering skills, experience and equipment. We work mainly in and around Wairoa, which has a geographical footprint covering a third of Hawkes Bay! But we’ve also worked as far south as Bayview, north to Matawai, and west towards Taupo.

QRS was a finalist in 2019 and then took out the top prize in 2020 – it’s obvious the business was performing well – what (if anything did you do differently) to take out the awards?

Our balance between economic support for our owner, Wairoa District Council, and our social responsibilities to the people of Wairoa was, I believe, is the reason we won the Supreme Award. Last year’s award entry process forced us to look at how we navigated 2020 which was a tough year for everyone. Here at QRS a lot of the groundwork had already been done in 2019. We’d invested in diversity, growth, customer service, staff, and greater strategic thinking. We had a strong balance sheet and so were able to rise to the challenges of the difficult year. Our pre-tax profit was 27 percent higher than targeted by securing more work than predicted. Revenue was $10 million more than targeted. Our operating profit before tax and shareholder distribution to Council was $800,685. Our agreed shareholder distribution to Council was $250,000. The numbers reflect QRS’s larger, more complex and challenging contracts.

You passionately spoke out about the people of the organisation in your acceptance speech – how much of a difference does it make having a team that acts as ONE with each feeling that they are making a strong contribution to the firm’s success?

It’s all there in our overarching vision: a strong and successful company, growing the Wairoa community. Ehara taku toa i te toa takitahi, engari he toa takitini which translated means: my strength is not mine alone, it is the strength of many. We’re a family, many staff are actually family with mothers working alongside sons, brothers working alongside uncles. It makes us strong. And I don’t think any of us will forget that night. It was a fantastic feeling to be there along with QRS staff when the company’s name was announced as winner. It was a privilege to see firsthand how proud they all are of the company they work for. QRS whānau are true ambassadors for our district.

QRS is one of the largest employers in Wairoa, this a responsibility that weighs heavily – or more something that the firm wears with pride?

It’s an absolute privilege and we wear it with pride! We’re the second largest employer in Wairoa after AFFCO. Due to our location and the district’s demographic attracting and retaining potential employees can be seen as a challenge. But here at QRS our objective has always been to be an employer of choice for operational and highly skilled staff whether they be locally sourced, from New Zealand, or another country. We promote the work as a career while championing Wairoa’s lifestyle. It’s a privilege to be able to employ locals and see them thrive and flourish. We invested $7 million in salaries and wages last year. What are the future growth plans for QRS? We are invested in a new operations hub. The 750 square metre hub will provide space for an additional 30 staff, central meeting and briefing rooms, human resource and finance workspaces. It will be a modern fit-for-purpose building at our Kaimoana Rd depot and will help unleash our business efficiency and potential. We’re very grateful to have received support from the Provincial Growth fund to make it a reality. It’s another leap forward in the QRS journey where we invest in our most important asset, our people. They’re what sustains our ongoing growth.

As an employer – and a local business (not a large national just servicing the area) does this change your approach to how you do a job, how you get involved in the community and how you employ and upskill locals?

We operate in a remote rugged area often needing urgent, large-scale emergency slip responses. We’re the only company that can respond quickly and with the right kind of machinery and expertise from the Wairoa side. While Napier contractors work northwards, we’ll work southwards. It’s the same between Waiora and Gisborne. That emergency response capability means we’re resourced for large maintenance projects around Hawke’s Bay. With regard to employment, many tenders are now heavily weighted on how much staff training and development is associated with the work rather than on price. Contractors like QRS must show how new and existing staff, particularly Māori, will receive training and qualifications during the project. Eighty percent of QRS staff identify as Māori and last year QRS increased its training budget from $200,000 a year to $450,000 a year. This year we have a record 22 staff in apprenticeships.

As for community support, we believe a thriving community can exist only with the support of all who live and work in it. We love giving back to the community that supports our company and its staff. In recent times we’ve donated money and services to sports teams, science and technology education and events, the Wairoa A and P Show, and the Hawke’s Bay Rescue Helicopter Trust.

As the leader of QRS – what’s the most enjoyable part of your job?

The people. The people around me who have shared values and are prepared to make a difference. Understanding what your purpose is and making sure that it is bigger than oneself is important to me. I get to work with people I respect.  I get to work with people I like.  I also love working with our shareholder and owner Wairoa District Council. Without their support, energy and expertise, this ‘journey’ would not have happened.

How do you give back to a team that has done so well?

I can’t emphasise enough how important recognition is, recognition for a job well done, and in front of your peers, that’s something that can never be taken away. It was an incredible night for the staff that came to the award ceremony. The next week we brought the whole team together for a shared big breakfast. The Mayor came and we were able to share the success face-to-face with everyone and pay our respects to every staff member. We did an exercise that morning asking everyone to write on a piece of paper how they were feeling. Some staff wrote lengthy sentences about their pride, joy and delight. Others scrawled things like “Too Much! and “Kia Kaha!” To me that says we are heading in the right direction. 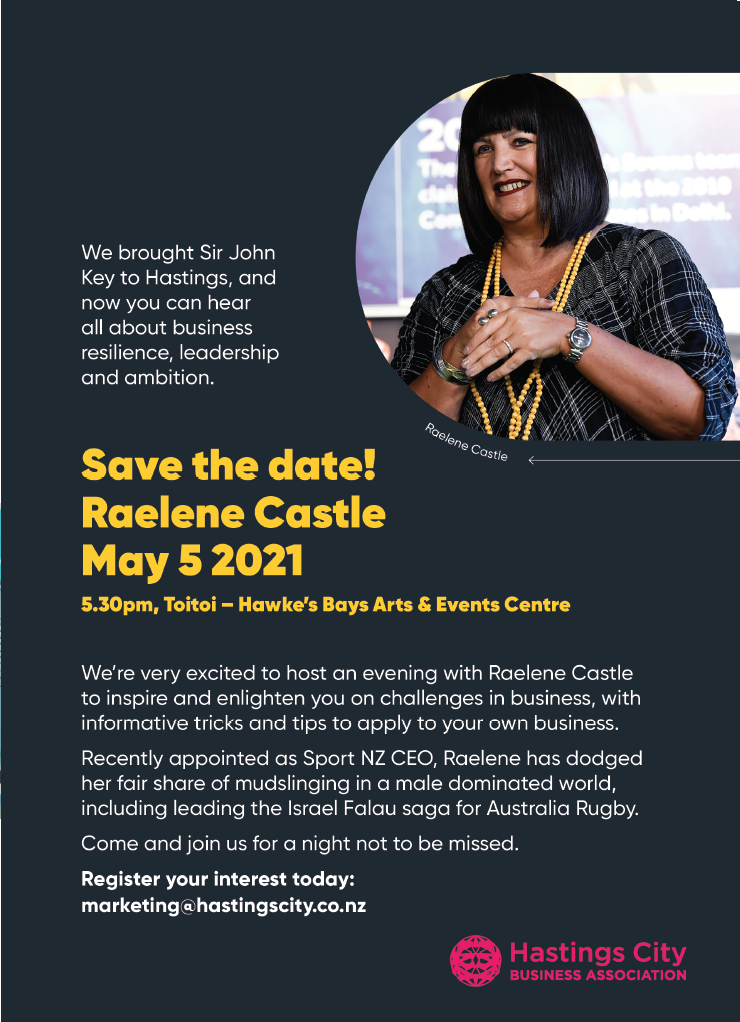