Since it began in 2012, F.A.W .C! has become such a drawcard for locals and visitors alike that it’s hard to imagine Hawke’s Bay’s event calendar without it.

But now the woman who established the Food and Wine Challenge – and has nurtured the growth of the twice-a-year celebration of great eating and drinking – has left town.

After more than eight years in charge of Hawke’s Bay Tourism (HBT), general manager Annie Dundas has taken up a new role in Auckland.

But it looks more like a case of ‘see you later’ rather than a final farewell from the industry veteran.

“It was just an amazing opportunity that came up and I feel we’ve done a lot at Hawke’s Bay Tourism and it’s time to hand the mantle on to somebody else to continue the work.”

Aside from fostering F.A.W.C!, that work has included growing a number of other Bay events such as The Big Easy and the Air New Zealand Hawke’s Bay Marathon.

As the media release announcing her departure noted, when Annie started at HBT in 2011, her role involved “rebuilding the credibility of the region’s tourism organisation”. The entity formerly responsible for delivering tourism initiatives, Venture Hawke’s Bay, had imploded following industry and political infighting.

Before arriving here, Annie had spent 17 years with Tourism New Zealand, the last three as regional manager for North America.

Her boss of 10 years, former Tourism New Zealand chief executive George Hickton, was then the newly-appointed chair of Hawke’s Bay Tourism and brought her to the region.

“He asked me to look at what was going on and initially I think I was supposed to be here a month, but I’ve been here eight and a half years, so it all worked out,” she says.

“I wasn’t from Hawke’s Bay and in a funny way I think that might have made it easier. I didn’t know all the politics but I understood what needed to be done.”

Annie’s team devised a plan that local operators supported through a ‘substantial’ contribution of $160,000 a year for three years on top of funding from Hawke’s Bay Regional Council.

“It was a great starting point to have such a strong and unified industry,” she says.

The following year, F.A.W.C! got off the ground.

Annie says while regional tourism organisations such as Hawke’s Bay Tourism generally aren’t in the business of running events, there was a realisation that if the Bay was going to boost visitor numbers it needed ways to draw people here.

“We thought, let’s step in and create something that’s actually going to drive visitors to Hawke’s Bay, rather than just putting an ad in the paper.”

At the time the region was lacking a premium-focused event celebrating the quality of the food and wine Hawke’s Bay has to offer, and that seemed like a missed opportunity, she says.

“I’d worked in the US at the Food & Wine Classic in Aspen, which is held in June each year, and I thought Hawke’s Bay was ripe for the picking for an event with a structure like that.”

After the first Summer F.A.W.C! in late 2012 proved successful, Hawke’s Bay Tourism took the plunge and decided to also run a winter event. It turned out to be a good move – Winter F.A.W.C! now attracts almost as many attendees as its summer counterpart.

“F.A.W.C! is a really special platform for the region and I hope it can continue in its entirety because while it’s two events a year, it’s positioned Hawke’s Bay as a year-round premium food and wine destination,” Annie says.

“Visitors now genuinely come to Hawke’s Bay for a food and wine experience. Sometimes that’s during F.A.W.C! but a lot of the time it’s throughout the rest of the year. We’ve got incredible venues and F.A.W.C! has had a part to play in raising the profile of food and wine generally.”

Similar thinking led to the creation of The Big Easy. Hawke’s Bay has great cycle trails so why not create an event that encourages locals and visitors alike to make use of them?

Asked about other highlights during her time in the role, Annie says she’s proud of the work Hawke’s Bay Tourism has put into its website (HawkesBayNZ.com), which was rewarded with a win at last year’s New Zealand Tourism Awards where it picked up the Industry Alignment Award.

The award was recognition for HBT bringing together the local councils, business associations and over 300 tourism operators to create a single website to promote the region – something Regional Tourism New Zealand executive officer Charlie Ives described at the time as “no easy feat”.

“We’ve worked long and hard on that and we’ve changed a lot of how we operate and run the business based on our digital footprint,” says Annie.

“HawkesBayNZ.com is not just your usual website, it’s a bit more editorially-driven and a bit more newsy. The fact we’ve hit half a million visitors on the site per annum is testament to

the fact people enjoy the content. It’s worked brilliantly for us and the numbers speak for themselves.”

She was able to leave HBT on a high in April with the latest visitor spend figures showing tourists parted with a record $224 million while in the Bay between December and February,

an $8 million increase on what they spent over the same period a year earlier.

On top of that, February’s nine percent growth in spending compared to the same month last year ranked Hawke’s Bay as the best performing region in the country.

Visitor spend in Hawke’s Bay is now estimated at $652 million a year.

But despite the rosy growth and buoyancy in the sector at present, Annie has some words of warning for the region as she begins a new role in Auckland.

the region,” she says.

Hawke’s Bay Regional Council cut back its funding of the organisation last year and is now only committed to contributing $1.25 million a year until mid-2021.

HBT is currently working on a regional visitor strategy, including looking at the visitor infrastructure needs for the next 15–20 years, which it hopes all the local councils will buy into.

“There are a whole bunch of bigger issues that need to be planned in Hawke’s Bay around making sure that we’re ready for more visitors and more growth,” Annie says.

“The region needs a much more longer-term view of how it looks at the tourism potential for Hawke’s Bay.”

HBT also needs a bare minimum of the $1.25 million a year it currently gets to carry out its marketing efforts, she says.

“We don’t need it to go back any further. What we have now is borderline to keep promoting the region as we are. That’s why, as a region, we need to think carefully about how we fund stuff,

and if it’s not the ratepayer that faces that burden, then visitors are going to have to face that burden, so we all need to have grown-up conversations around how we do that.”

She cites the example of Queenstown Lakes District Council, which is proposing a visitor levy aimed at raising $25 million to $40 million a year to help fund infrastructure and services.

“I’m sure these conversations will be publicly had in Hawke’s Bay over time. We have to sit back and say, how are we going to pay for all the things we want? We have to have a good open

discussion around how we should do that.”

But while that debate goes on, Annie will be in Auckland where her new role is heading up the tourism arm of iwi entity Ngāti Whātua Ōrākei Whai Rawa Limited, which until now has been

“They’ve been very successful in doing what they’ve been doing and now they’re heading into the tourism arena,” she says.

“For me, it’s got some really exciting components to it. Auckland’s at a point where, within a year or two, we’re hosting the America’s Cup and APEC, so it’s a nice time to think about

the message and story we’ll be telling visitors.”

temporarily while it recruits a new general manager. 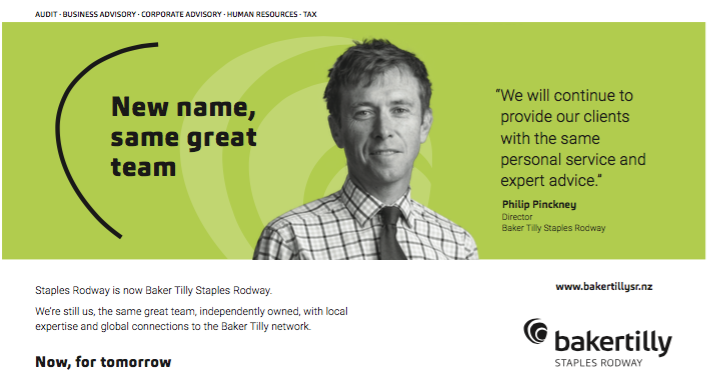