New Zealand businesses need to up their game and adopt a plan to embrace de-centralised technology or are at risk being left behind according to some leading Blockchain advocates. 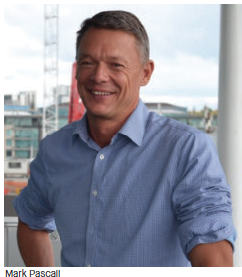 Callaghan Innovation is one of currently four organisations that is backing a national Blockchain conference, ‘Trust, Traceability and Digital Trade’ to be held in Hastings Monday 28 February.

Along with Callaghan Innovation, others involved are BitPrime from Christchurch, Chainparency from the USA, and NewBuyGo, an Auckland B2C company familiar with China’s regulatory compliance framework using blockchain technology.

“Many New Zealand business leaders don’t quite ‘get’ digital products and revert back to something tangible.”

“Predominantly natural resources exported as commodities, physical products have historically been the economic backbone of this country. Unlike other small economies with similar backgrounds, however, New Zealand hasn’t yet made a material transition into the weightless/digital economy,” Stefan says.

Mark Pascall, will be the welcome address speaker at the event is the founder of The Wellbeing Protocol and partner at Metacartel Ventures. He has spent the last 25 years in the software development space including blockchain and crypto currencies. He co-authored New Zealand: Unlocking Blockchain’s Potential, and is currently advising public and private sector organisations.

Mark says New Zealand businesses, including food exporters, will not only have to adopt Blockchain but in fact will not be able to exist without it.

“In the future it will simply be considered a vital infrastructure layer protocol (like TCP/IP or HTTP for the Internet) so no we won’t be able to do without it. Currently there are limited use cases due to transaction cost and through-put limits however over the next 6-12 months we will see many more implementations as transaction costs reduce and speeds increase, just like the early days of the internet.

“As an exporter of premium products across complex global supply chains we as a country stand to benefit hugely if our exported products are proved to be authentic.

“If we can also combine this digital ‘proof’ with ‘Internet of Things’ data then we can create exciting new systems that give the consumer on the other side of the world rich and provable information about the source of the product and create a direct and loyal relationship between the supplier and consumer. 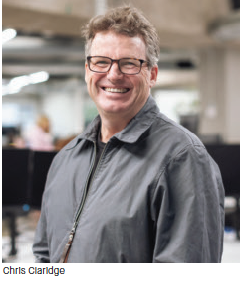 Chris says he noticed a lack of interoperability and data inefficiencies within the Primary Industries and that primary producers need to look at the value of their data that’s collated from compliance as a competitive opportunity.

“Farmers have the most to benefit. The cost of compliance is becoming a huge burden the automating the capture of data, permissioning of data to repurposed and transferring data appropriately will reduce the time spent filling out endless forms.”

“Silos of data have been created in food supply chains where parties have mistakenly thought that owning and controlling pools of data will mean competitive advantage. This has led to replication along the entire food supply chain and huge inefficiencies are now occurring. It is now estimated that the proportion of the cost of compliance makes up 30% of the value of goods at a port of departure.”

The event organised by two internationally experienced business leaders now living in New Zealand, Campbell McLean and Gautam Paul, has been initiated as a new digital economy swiftly emerges, bringing with it sweeping changes that need to be looked at as global opportunities for both large national and small local businesses.

“Blockchain and crypto tokens are about to disrupt business models, and in many respects, we cannot separate the two. Now is the time to help businesses understand what is happening and what it means.

“Blockchain technology is deeply embedded within systems that are fast becoming part of the new digital economy we have come to accept. Yet business still needs to buy into the role blockchain or decentralized technologies play in helping with issues like provenance, trust and traceability. How do we align its relevance to productivity and the new digital economy?

Campbell has over 30 years-experience in media production as a writer, producer, director and consultant working in New Zealand, Australia, Hong Kong, Macau and China. His work includes television documentaries that he wrote and produced for international broadcast.

Gautam has over 30 years-experience and success in B2B and B2C media across publishing, exhibitions, conferences and the internet in the United Kingdom and India, where he headed PR Newswire India. 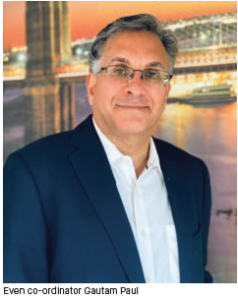 Gautam says blockchain is becoming an enabler for smaller businesses to trade internationally either in physical products or virtual products and services.

“Blockchain is becoming an enabler that drives efficiency through technology that will weed out intermediaries and middlemen in the process. Among the many benefits, blockchain is also being used for verification and building trust.

For exporters it will mean the emergence of new digital methods for the settlement of cross-border payments, along with efficient traceability around the source, movement, and distribution of products.

“We need to understand how to best utilise it within our business models and within a new circular/digital economy to improve productivity, ensure provenance, provide traceability, ensure levels of trust and ethics/social responsibility while at the same time remaining competitive on a global market.

Stefan says the biggest value of blockchain and digital assets lies in their digital natureand, as such, many traditional constraints around resources, production, distribution,logistics and so on no longer apply. He says to unlock the potential we need more people that are globally focussed.

“Digital assets are an incredible gift for New Zealand as a small and remote country, which could allowus to generate virtually unlimited financial wealth for the whole economy without expending our natural resources.

“What we need most urgently is people with a global commercial and financial lens to fully embrace blockchain and to ideate on opportunities in this space for New Zealand.

He says most successful blockchain-based companies are not constrained by traditional thinking of how businesses based on bricks and mortar and physical products have been built.

Callaghan Innovation is in the process of setting up a team to specifically address the opportunities and risks of blockchain and digital assets.

He adds that with the imminent revolution of digital assets, decentralisation and blockchain-based trading is that New Zealand will miss the major opportunities, and will be forever left playing catch up.

“We need to change the narrative to embrace our digital DNA and not rely solely on our natural resources and farming practices – as amazing as they are. I truly believe a new digital divide between those who understand digital assets, products and protocols, and those who don’t, is looming. 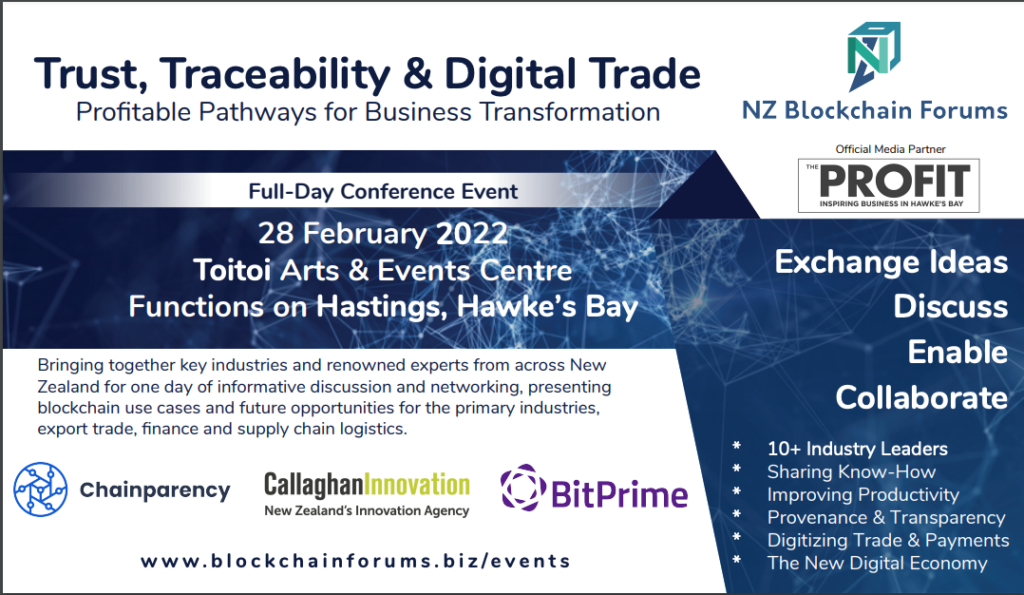