MCL Construction has built hundreds of commercial, industrial and residential buildings for others in Hawke’s Bay but for the first time in 72 years, it will commence building its own purpose-built construction facility.

It will also be the first time MCL will move from the site in Kaiapo Road it has occupied since 1949.

This is another significant milestone for the business, following the introduction of new directors Philip Mitchell, one of the firms project manager/quantity surveyor, and Michael Bush, the financial accountant, in 2017.

“This is a fantastic opportunity for MCL to design and build its own modern construction facility that will include a joinery factory and offices.

“Our current site was once surrounded by orchards but is now very residential and I’m sure many of our neighbours will be happy to see us move on,” says John Bower, managing director at MCL.

MCL will commence construction of the 2,100 m2 joinery factory this month (June) with the 350 m2main office, which will be designed around a central open atrium, starting in November.

John says there’s a strong focus on attracting more females to the business.

Leading the way has been Sarah Mason, who’s been with MCL for 18 years, and for the first time in the company’s history, a female – Denise Otto – has been appointed to lead the joinery division, which offers high-end commercial and residential joinery.

Denise moved with her family from South Africa to New Zealand in early 2019 and she and her husband had previously owned a joinery business. Denise has a diploma in architecture with a specialist interest in joinery design, delivering the complete package with manufacturing and install management.

“It’s great to see the transformation of the business with a greater female presence. Having a joinery manager who’s a woman is really refreshing.”

Another trail-blazing female in the industry is Hastings-born construction project manager Kayla Oughton who has a Bachelor of Building Science with majors in Environmental Science and Project Management. 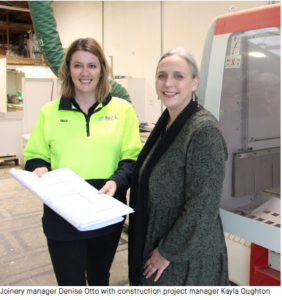 If MCL’s track record is anything to go by, you can expect Kayla and Denise to be around for many years to come, like John at 30 years, who still pales in tenure  to John Caccioppoli who has been with the company for 60 years, recently retired Mark Adams for 44 years and many other project managers and site managers.

John says MCL is particularly proud of the many tradespeople who have undertaken apprenticeships over the years. Presently there are 4 apprentices at varying stages of their time. We take great pride in having long serving loyal staff who train further into site management.

“There have been hundreds that have completed their time at MCL, many of whom are still with us today. We take great pride in retaining long-serving loyal staff.”

John says the Hawke’s Bay construction scene is riding a wave with projects on stream for at least the next 12-18 months with projects such as The Crossing – a retail hub in Taradale Road and a new building for Ministry of Social Development in Napier and new Petfood Factory in Awatoto. 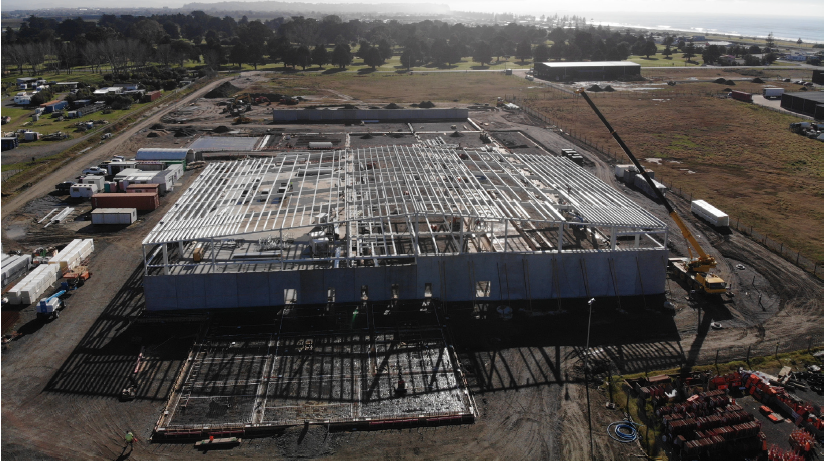 “There’s significant forward work, which is great. There is pressure though around building supplies and labour but we’re well positioned to continue growing.”

MCL employs over 110 staff, from labourers, apprentices and carpenters to site managers and administration staff.

MCL is proud to be actively involved in the community supporting the likes of the MCL Construction Triple Peaks Challenge, Lowe Corporation Rescue Helicopter, and Havelock North junior rugby.