A Hastings landmark that closed due to earthquake risk has come alive as a stunning office, retail and hospitality precinct that rivals the best in New Zealand.

Property developers and passionate Hastings’ champions Rob and Barb Hansen have brought life back into the former Hawke’s Bay Herald Tribune buildings, transforming them into a modern social and business precinct that still acknowledges its past newspaper history. 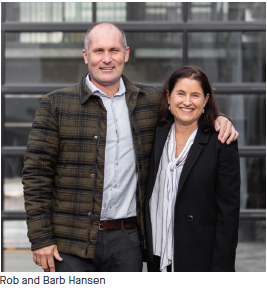 The old red brick building on the corner of Karamu Road and Queen Street, which once housed the paper’s archives, has been strengthened and converted into a retail and café space; the old press printer area is now an expansive sun-capturing atrium with an array of commercial tenants; and the former paper dispatch area is now Brave Brewing Co. and bar.

More than 150 people across 25 businesses will be based at Tribune, bringing to life what had sadly become an eye sore since media outlet NZME moved to new premises many years ago.

“Right from the start we wanted to create a precinct with personality and heart that shows pride in the community of Hastings. That has remained our primary motivation while striving to create an attractive, aspirational place that attracts people from all over Hawke’s Bay and visitors to the region.

“We have always felt that Hastings has beautiful character buildings that haven’t been given the love and attention that has been seen in other parts of Hawke’s Bay,” says Barb Hansen.

“We had worked 100 metres down Karamu Road for many years and walked past the site every day.

“We acquired it in late 2018 but at that stage had no plans, consents or tenants.

There were six separate building projects at different stages so it has been hard to determine an actual completion date,” she says.

The dynamic couple have always loved the challenge of transforming character buildings into beautiful functional spaces and could see the potential for a mixed-use precinct of hospitality, retail and office spaces established in character settings with lots of greenery.

“We had many ideas for what the precinct could become and were inspired by some beautifully created urban spaces such as Britomart, Morningside, Osborne Lane and City Works Depot in Auckland, and there are many great examples in cities around the world.”

Barb says the project has been a real labour of love, more so with disruptions thanks to COVID-19 as well as convincing prospective tenants of their vision.

“We had a very strong vision of what we wanted the end result to be so it has been about constantly chipping away to get the right tenant mix to create it.

“We have seen it as an opportunity to create something amazing in Hastings but we have also had a real sense of responsibility to do it justice.” The precinct has progressively opened over the past 12 months, with Brave Brewing Co.

opening its doors first through to the latest (as of June) being organic baker and café OMGoodness Specialty Breads.

Businesses within Tribune include:

Barb says completion is close with just a couple of premises to fill. “We’re almost there, just a few more tenancies to complete and lots of planting and lighting to soften the environment, which will give it more personality.” 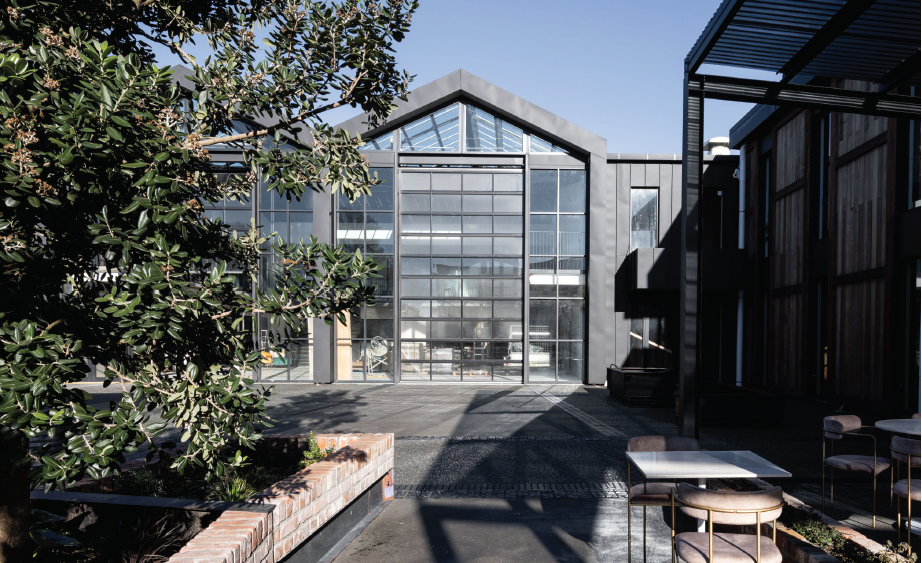 For Barb, her favourite part of the precinct is the laneway between Kindred Road and BAZAAR/Morgan Lane running off Karamu Road.

“The mix of the new cedar building, the recycled brick of Kindred Road and the exposed concrete beams shows the integrity of the original building.”

Meanwhile, Rob is thrilled with the outcome of the challenging atrium roof.

“This was a real challenge in trying to make it work, including the use of glazing products that would ensure that there wasn’t massive heat build-up from the Hawke’s Bay sun, and ensuring that it had good sound insulation properties for events. The end result is really cool with interconnecting triangular shapes.”

Rob and Barb have worked tirelessly and been very hands-on. Barb says Rob’s vision for the project and tenacity to see it through to completion has been inspiring.

“Rob is an incredibly hard worker who has been all over every single part of the project, from design, consenting, tenants and financials to being relentless with optimism and a can-do attitude.”

Rob attributes Tribune’s success to Barb’s determination to get the right tenants that have bought into their vision.

“Barb has been amazing in her ability to work with a wide variety of people, to articulate our vision and convince them to come on our journey. She has been really successful in securing a large number of Tribune tenants and has been a fantastic sounding board, always coming up with logical solutions.” 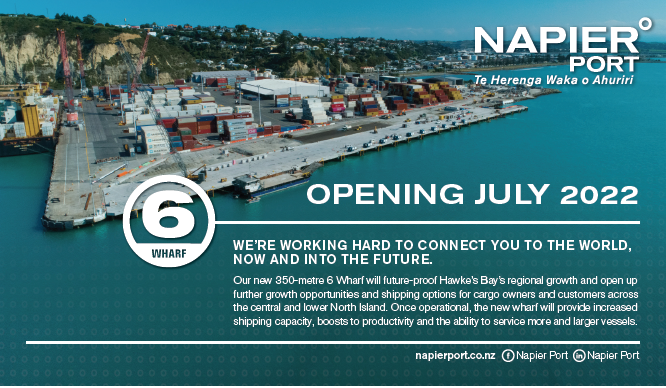