When the Global Financial Crisis hit in 2007, Mark Currie thought his family business, Drainways, was about to go down the drain, literally.

The business, started by Owen Currie in 1977, was starting to feel the strain of the downfall in construction projects across Hawke’s Bay.

Mark had taken over the business from an older brother in 2007 and was in business survival mode working alongside his two other brothers Jaydon and Carlton. 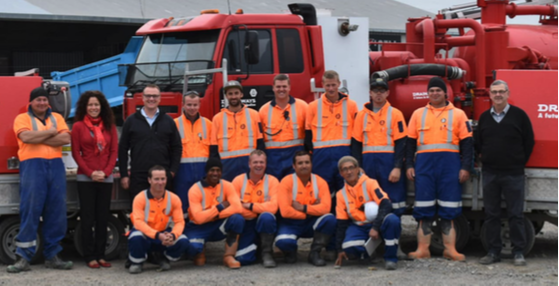 By 2009 and with the Global Financial Crisis taking a firm grip on the Hawke’s Bay economy, Mark was the last remaining employee, doing all the work from estimating jobs, to doing the hard labour of floor preparation of commercial buildings, to sending out the invoices in the evening.

“We had moved out of drainage in 2000/2001 when we saw a niche in the market for earthworks and floor preparation work but by the time the GFC hit, every one with a digger and a truck was in our space.

“It was pretty tough at the time, it was a lot of work for a one-man band. I had some business mentors and they were recommending that I get ready to wind the business up but a friend came in and said we should have another go at building up the business, so I decided to take that option.”

Through a new focus, dedication and hard work Mark was able to rebuild the business. He took on an employee and within a short time, both Jaydon and Carlton were able to re-join.

“You build up a reputation and people like using you. I was winning jobs against the bigger boys because I pretty much had zero overheads and was therefore more competitively priced, and that enabled us to get the business back on its feet and get both Jaydon and Carlton back.

“We had also built up a good relationship with construction companies such as Gemco and Mackersey (now MCL Construction) and that also got us through.

In 2014, with the business back on its feet, the Curries decided to get back into drain laying as it required more specialist expertise and equipment: it was also something they knew well, having been brought up working on drains with their father. 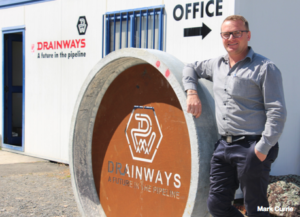 “The business started as a drainage business with Dad having a really good reputation with council officers and builders. They (council officers) would come visit a site Dad was working on, and the consent checking would end up being very straight forward as they knew the quality of his work.”

Today Drainways employs 16 staff with Mark as the managing director “working on the business, rather than in the business” – and Jaydon and Carlton are project managers.

Drainways is a licensed Hawke’s Bay drainlaying and certified water reticulation company specialising in civil and commercial water and drainage systems. It is also ISO 9001 accredited for Quality Management Systems and Processes. It works extensively with water pipe sizes from 20mm to 500mm and drainage from 100mm up to 1200mm+.

The business is split between working as subcontractor for other civil contractor firms and securing its own civil contracting projects. It has become prequalified for 3 waters (domestic use water, storm water and waste water) projects with the Hastings District Council.

“We got prequalified for Hastings District Council projects under the value of $1million in 2015 and then we went for a higher prequalification a year later, which council then promoted us up further in their rankings to what is called Complex A.”

In the last year Drainways has worked as a subcontractor for the Te Mata Road water mains project and a part of the new water networking project from Hastings to Havelock North. 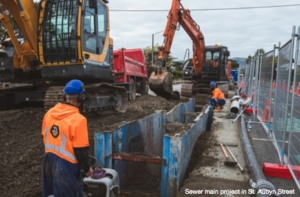 Mark says the business is now in a position to be able to tender for these types of projects on its own based on the investment that has been made in staff, equipment and improving processes and efficiencies.

Late last year the company started the HDC funded Lean High Performance Programme, which with the help of Stefan The Lean Hub has had a dramatic and positive impact on business growth and performance.

Drainways mission statement is ‘we provide for the health and wellbeing of communities through the construction of fresh water and drainage systems that are built to last.’

“It’s something we take real pride in. We are very much part of the community, so for us it’s important that we take pride in our water and drainage projects as we also live here and we drink from the same taps as everyone else, so we have to do a great job.” 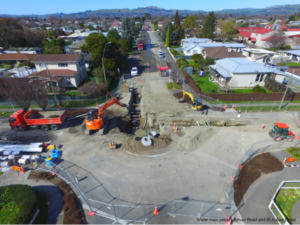 Drainways has a pipeline of work on the rise. It has picked up a major subdivision project in Hastings where it will do all the civil works such as roading, drainage, landscaping and power.

Mark and the team is also keeping a close watch on other major residential developments including the proposed Iona/Middle Road development which will require services within the 300 plus housing development as well as solutions to connect to council’s 3 waters systems.

“There’s some great opportunities presently and although there’s some risk, that’s what drives us as a family.” 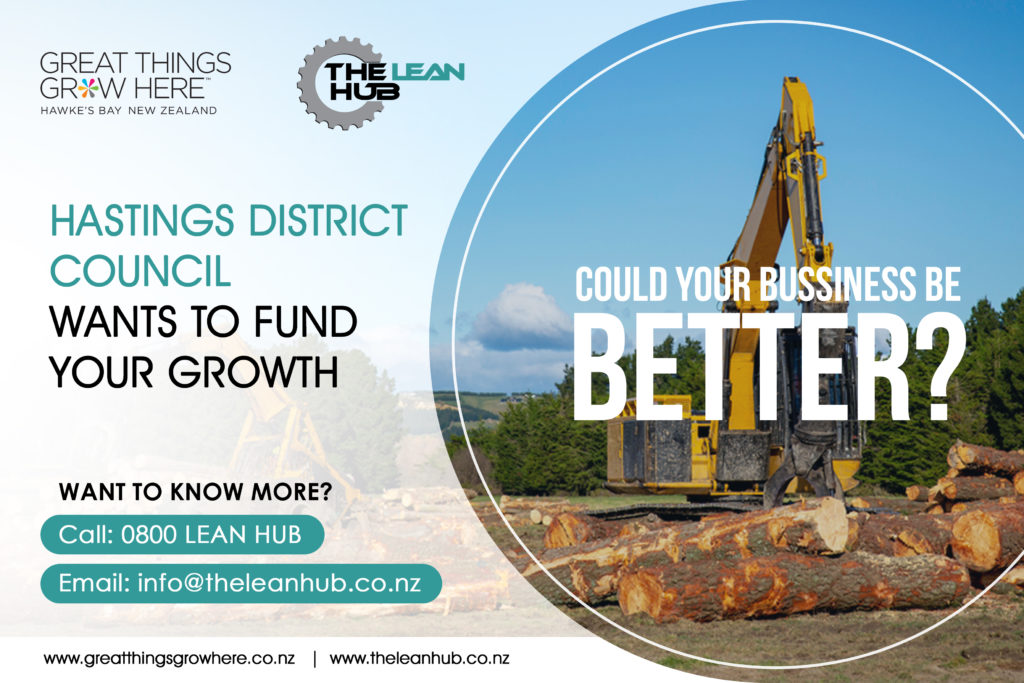