With its fans already on the ground in Chile before disruptions to global shipping schedules took hold, the Hastings-based company found itself with a competitive edge in one of its fastest-growing territories.

It is that type of strategic planning that saw NZ Frost Fans named ASB Exporter of the Year for 2021 at the ExportNZ ASB Hawke’s Bay Export Awards. The company also won this year’s T&G Global Best Established Award at the same event.

The award judges said NZ Frost Fans stood out from the many strong entries. “The strong and local partner ecosystem, innovative production and shipping systems, and IP in their blades combine to showcase a very well-balanced company with strong capability and growth prospects. Despite many challenges with sheer growth, logistics and without the ability to travel to many of its markets, they have performed in an exemplary way.” 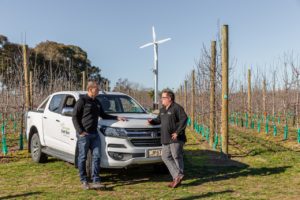 The business specialises in frost fan design and manufacture, as well as the subsequent field placements, installation and servicing. Its range of FrostBoss fans are marketed through its own companies in New Zealand and Australia, and through

a network of local distributors in Canada, Israel, Europe and South America.

“We’ve been involved in the Chilean market for about four years and have seen huge growth there in the past financial year,” says marketing and business development manager Chris Kay.

“We sent machines to Chile for stock, which shortened our lead times and gave us a good competitive advantage there – even more so when COVID-19 hit and it became harder and more expensive to arrange sea freight.”

A growing market for fan upgrades now exists as new technology is adapted for the population of ageing fans, especially in New Zealand and Australia. The efficiency and productivity of such fans can be significantly improved by the retrofitting of composite blades, centrifugal clutches and gearboxes, particularly when coupled with automated controllers.

NZ Frost Fans has a significant research and development programme focussed on improving the efficiency and reliability of its fans. The result of this research has been the development of the FrostBoss C49 frost fan, incorporating the proprietary FrostBoss clutch, controller and C49 composite blades.

“One of our key advantages in all the markets that we’re in is our low noise emissions,” says Chris.

“Noise is becoming a bigger issue in a lot of countries that we’re in, either through regulation or just through demand from local communities.”

While COVID-19 has brought challenges, the business is continuing its strategy for managed growth and is constantly evaluating new markets.

“Previously we provided technical training face to face. With COVID-19, we’ve had to do that remotely, meaning we’ve had to develop a lot of new training materials, including videos, in multiple languages,” Chris says.

“The good thing is we’ve still managed to grow even though we can’t travel.” 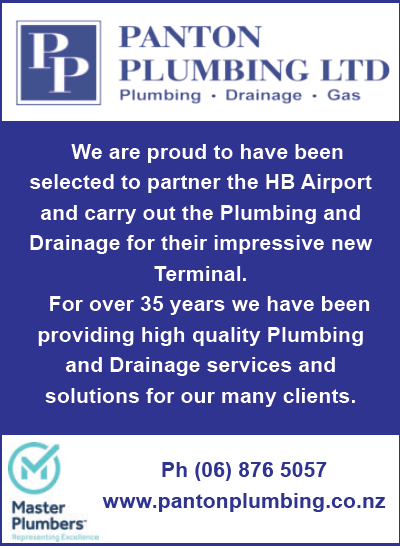