Wendie Harvey, a board member for four years steps up as the new chair, replacing retiring long standing chair Tony Porter while the councils have jointly appointed Jon Nichols as their representative and the Crown has appointed Sarah Reo. 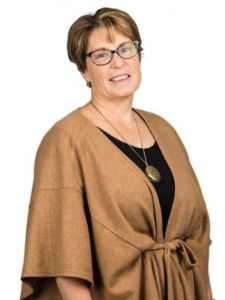 They join Sarah Park as a board member, who’s position has been extended for a further year to ensure board continuity. Ms Reo, a local business owner and Fulbright scholar replaces Taine Randell while Mr Nichols, a chartered accountant and highly experienced board director is the replacement to Mr Porter.

Ms Harvey says despite the recent turbulent times at the airport such as the receivership of the airport’s terminal expansion construction contractor Arrow International; the withdrawal of air services by Jet Star and the drop in passenger numbers due to Covid 19, she is confident in the future long term prospects of the airport.

She says the Airport Company has a high calibre chief executive in Stuart Ainslie with strong aviation and commercial experience, that has identified non-aviation commercial opportunities.

“I’m confident that with Stuart at the helm, ably supported by a strong management team and governance board we are heading in the right direction.

“There has been some set backs but that’s not stopping us with our vision to be the best provincial airport in New Zealand. We have had to reset our targets, especially in passenger numbers but we are progressing well with other commercial opportunities such as a solar energy park as well as commercial property development prospects.”

Ms Harvey said management, board and its shareholders are looking forward to the opening of the expanded airport terminal, set to open in February 2021.

“We can’t wait. It’s going to celebrate and promote our amazing region and tell the cultural story of Ahuriri. The airport is going to truly be the gateway welcoming people to Hawke’s Bay.

Ms Harvey paid tribute to the outstanding service and huge contributions by Mr Porter and Mr Randell. Mr Porter was been instrumental in ensuring the expansion project has progressed including quickly establishing a subsidiary company of the airport to continue with the construction project in 2018.

“Tony has been rock solid in his leadership and has been instrumental in pushing ahead with the terminal redevelopment and his experience has got us through some dark days. When the airport opens, it will in part be due to his valued contribution and unshakable drive.

“Taine has also made a very strong contribution with his forward-focussed strategic outlook.

“They’re being replaced by some high calibre newcomers. Our shareholders have listened to the skills, experience and diversity we need,” Ms Harvey said.

Mr Nichols has extensive governance experience with previous board appointments including Napier Port. He is currently a director of Eastland Group Ltd and its subsidiaries, a board member of Palmerston North Airport Ltd, chair of electricity lines company Centralines and is the independent chair of the Hastings District Council’s audit and assurance subcommittee. Jon is also the independent chair of the audit and risk committee of Maungaharuru Tangitu Trust.

Ms Reo, alumni of VUW ( LLB/BA) also holds an MBA from University of Hawaii, having graduated as a Fulbright Scholar in 2017. She has been involved in a number of community projects and is a member of the New Zealand Institute of Directors. Her skills in Māori business, law and administration will add value to the board.

“We are pleased to appoint Jon Nichols to the Hawke’s Bay Airport board with his experience covering aviation, ports and the electricity sector,” said Mayor Hazlehurst.

“Mr Nichols is genuinely excited to be part of a key Hawke’s Bay gateway asset and his skill set will add immense value to the changing times the airport company and the Board is working through,” said Mayor Wise.

The councils are also pleased with the appointment of Ms Harvey as chair, saying she is highly regarded with vast governance and corporate experience including Napier Port, Centralines, Aurora Energy, ETCO (Electrical Training Company Ltd) and Fire and Emergency New Zealand. Ms Harvey also serves as a Commissioner on the New Zealand Gambling Commission.