On 23 May 2017, the Residential Tenancies Amendment Bill (No. 2) was introduced to Parliament. This Bill proposes amendments to the Residential Tenancies Act and is significant as it seeks to, as stated by Nick Smith MP who introduced the Bill, to “ensure our tenancy laws better manage methamphetamine contamination, liability for careless damage and the tenancy of unsuitable properties”.

We will have to wait to see if the Bill is passed into law in its current form, with amendments or not at all however despite its early stage the potential changes are worth discussing.

The Bill defines “methamphetamine- contamination” as “in relation to premises, means that methamphetamine is present in any part of the premises at a level above any prescribed maximum acceptable level”.

The Bill also allows the government to regulate, among other things, as to what will be the “maximum acceptable level of methamphetamine for premises”. Comments from Nick Smith, MP indicate that the new standard introduced in the past few weeks by Standards New Zealand, “Testing and decontamination of methamphetamine contaminated premises” will be where the prescribed “maximum acceptable level” will be found.

Significantly this Standard determines that a property will be considered contaminated if it has methamphetamine present at levels exceeding 1.5μg/100 cm2 – this is an increase from the previous limit of 0.5μg/100 cm2.

The Bill also provides that a Landlord:

Where tests for methamphetamine have been carried out and it has been established that the property is “methamphetamine- contaminated” then:

• If the tenant isn’t responsible rent ceases to be payable;

• The landlord can terminate the tenancy on “not less than 7 days” notice;

• The tenant can terminate the tenancy on “not less than 2 days’ notice”.

The Court of Appeal held, in Gikker & Rouse v Osaki & Anor {2016] NZCA 130, that a tenant is not financially liable for damage to a rental property caused accidentally or negligently and that a tenant will have the benefit of the Landlord’s insurance.

Osaki highlights the importance of insurance for Landlords and that the insurance cover is sufficient to ensure that it isn’t necessary to claim against a Tenant personally.

The Bill seeks to address the impact of Osaki. A general principle of the Bill is that the tenant is not liable for damage however a tenant will not be “excused from liability” if

• The damage was intentional;

• The damage would have been covered by insurance save for an act or omission by the tenant.

Notwithstanding this a tenant will also be liable for damage caused by “a careless act of omission” however any such liability will be limited to either the landlord’s insurance excess or four weeks rent, whichever is the lower.

The Bill must pass through a number of stages prior to receiving royal assent and passing into law so we will keep an eye on its progress, as the changes intended are potentially significant. 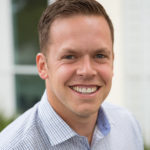