What are your predictions?

I can hardly claim this is a prediction, because it is well documented. But certainly, in the immediate term, we will continue to live in a low interest rate environment. For borrowers, this is good news. However, for savers and investors in income assets, it’s not so great.

One aspect of this is not fully understood. Post KiwiSaver, main street banks do not have to compete for the term deposit billboard rate as much as they used to. This is because within their own KiwiSaver products, they can assign the income end of the portfolios to their own instruments.
This effectively helps fund their domestic loan book by stealth, while charging a management fee to do so. When the organisation then sells you this as an investment solution, this is called “vertical integration”.

So better deposit rates at the bank billboard are a long way off. Time to think differently!

What’s likely to change in your sector?

More regulation and more compliance. On the lending front, the Credit Contracts and Consumer Finance Act (CCCFA) Amendment Bill is going to have some immediate implications come June 2020.

Here at Midlands, with both investing and lending, we are mature in our adoption of anti-money laundering (AML) considerations, as well as continuous disclosure, transparency, and our focus on good customer outcomes.

These changes mean that financial services providers like Midlands must get “closer” to clients. That requires investment into relationships and the delivering of soft skills if not actually giving financial advice per se. But we have to ask a lot of questions of our clients.

For this reason, I struggle with organisations moving away from genuine local relationship models and with “robo advice” or online lending models. To me, it’s an exploration in protecting margins and revenue without investing into customers and communities. Because we have had a very good run in investment returns, I do feel there are some fair-weather models being rolled out to investors that may be challenged in a market correction.

I also struggle with some passive management models for this same reason. Automated electronic trading based on macro asset allocation, with no micro company research really bothers me. Especially when you consider Environmental Social and Governance (ESG) factors.

But personally, I hope the powers that be do look further into “vertical integration” and if it is delivering better client outcomes. Certainly, the findings of the Royal Commission into Misconduct in the Banking, Superannuation and Financial Services Industry in Australia indicate it may not.

What opportunities do you see?

For us at Midlands, it’s pretty easy. Invest in our relationships and educate our investors and borrowers. We have a vanilla offering that suits our conservative investors.

We continue to significantly outperform bank deposit rates, while remaining fully liquid (no lock in of funds). We do this by close management of a quality first ranking security loans book across New Zealand.

While banks have reduced their lending and offer low interest rates to retail investors, we can continue growing as we are. We are proud to be non-bank.

What technology advancements will have an impact on how do business?

During our lending process, while we personally inspect every property we lend against, a lot of the initial discovery due diligence process can be done on-line now. This is important to ensure the quality of our lending book. This is only going to get better.

Regarding investments, the speed to market of online services used to be hamstrung by AML requirements. This gap has closed very quickly, and we are aware of this. Certainly, something we are looking into. 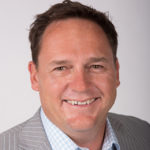