Forward thinking has allowed one CHB start-up to move farmers into the 21st century – by keeping their heads in the cloud and their boots on the ground.

You wouldn’t know that Cloud Farmer took flight from a farm half an hour out of Waipukurau with scant access to the Internet four years ago. Designed by AgRecord, the program has essentially transferred the trusted notebook onto the computer.

“Before, the way the majority of farmers captured this information was to write it down in a notebook and then come home and transfer it to the diary. Our program eliminates this last step.”

While Gretchen may not have invented the program (she and her husband bought it from a friend in 2013), she certainly saw its potential on any farm, anywhere.

“A friend of mine Ginny Neal came up with the original program. At the time, Ginny and her husband managed Castlepoint Station in Wairarapa and she designed the program because she was sick of having to chase up staff for time sheets and tallies.”

So, necessity being the mother of invention, Ginny built the first version of what is now Cloud Farmer.

“She built a small version for their farm; it was basically an intranet and they used Wikispaces, and while it was as clunky as clunky, it worked,” says Gretchen.

“One of the downsides was, however, they had to build it from scratch for every single client.”

Despite this, Castlepoint Station won a local farming competition, which gave the program some media attention. It was then that business for the program boomed.

“Ginny asked if we, myself and my husband Leyton, wanted to buy the program as she didn’t have time for it anymore. So we did and we set about making it more designer and user-friendly,” says Gretchen.

was a need for something like Cloud Farmer, what was being used in the application, what wasn’t, what was needed and what was wanted.

“That was huge, because often people have a long list of wants, which makes it hard to pick out what their needs are.’

With a good base program to start from, Gretchen and her team set about addressing other issues with the program.

“The biggest challenge was keeping Cloud Farmer simple,” she says.

“There are other programs out there but they involve really sophisticated software, often beyond what most farmers – who are used to jotting down notes on the back of a cigarette packet – are willing to learn.

“Our points of difference are the simplicity of the program and our ability to be able to customise it for each individual business. Those are great strengths to have.”

After addressing the challenges something new to an old sector can bring, Gretchen knew the next step would be to design a smartphone application.

This came to fruition last year with the launch of the Cloud Farmer phone app, which syncs with the original computer program.

“Farmers can use it just like they would their notebook, collecting information on the go, with or without Wi-Fi coverage.

“With the app, farmers can jot down tallies, staff hours, drench records, log hazards, you name it. It’s just as quick as writing it in your trusty old notebook,” says Gretchen.

“The data from your app syncs back to your main Cloud Farmer desktop system.”

Thanks to the app, all staff members can have access to the same information, be it diaries, maps or job lists.

“Before, the boss would tell you the day’s plan as you were heading out with your dogs, all the information would be stored in his head. With Cloud Farmer, all staff members have access to this information and they can input their own information or file their time sheets and tallies for the day. “So it now becomes about transparency of information and getting everyone involved in the work; in terms of creating a team culture, this is great.”

Moreover, with Cloud Farmer now available as a smartphone app, Gretchen says the program appeals to a far bigger clientele than the original sheep and beef farmers; now other types of farming business, right through to the one-man bands, are using her product.

While the Kings are looking at taking their start-up global (they already have clients as far afield as Scotland), they are taking their time.

“We don’t want to become victims of our own success,” Gretchen says. “We are happy for the moment saturating our own little corner of the market.

“For now, we will take stock of what we have and continually improve and update it so we can provide the best product to our customers.” www.agrecord.co.nz 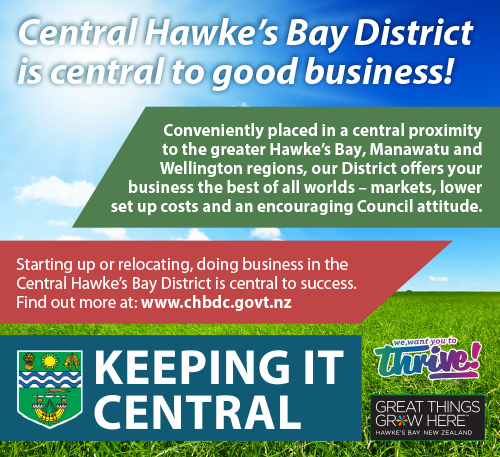 Written by The Profit

The Profit - Hawke's Bay's leading business magazine. If you've got a great business story - about a business, a business person or an event let us know!