The Hawke’s Bay airport has taken a step closer to its vision to be “New Zealand’s most vibrant and successful regional airport” with the opening of the new arrivals hall.

The new arrivals hall opened in early January with Araminta Wilson the first passenger to collect her bags from the new automated baggage system. 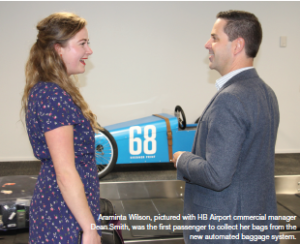 At the same time, the airport rolled out a team of airport ambassadors, who will welcome people to Hawke’s Bay and provide some guidance to navigate around the airport as well has helpful tips to enjoy their stay.

The carpark is also being reconfigured and new parking payment technology will be introduced as the airport aims to further improve the visitor experience and the New Zealand Transport Association’s new Watchman Road, including a new entrance to the airport.

“Completion of Stage 1 was a big milestone for the airport but there’s much more to come as a new-look airport becomes a gateway for the region that will be much more culturally connected.

As well as the new baggage reclaim system the arrivals hall also has vehicle rental kiosks and a pop up café.

The arrivals area will remain separate from the remainder of the existing terminal. Stage 2 construction is at the southern end includes a new check in area.

Stuart says the “big wow” of the redeveloped airport will not be realised until stage 3 of a centralised hospitality and commercial hub is completed in mid 2020.

“We are pretty much building a new terminal on part of site of the current terminal and increasing the footprint by 74 percent.

In August 2018 the Hawke’s Bay Airport company announced an upgrade to its terminal expansion due to a revised passenger forecast of 1 million passengers by 2025.

“We added another 500 square metres and revised the budget from $15.7m to $20.2m so that we could meet the anticipated growth as well as create additional retail and commercial offerings.

Changes to car parking are also needed due to the increase in passengers.

“The significant growth in passengers has had an obvious impact across the business, including a big increase in vehicle movements. This means that it is now unrealistic to always find a park in front of the terminal. However, in an effort to control congestion and optimise short stay capacity with close proximity, the airport will be actively enforcing the time limits on the P120 parks and ensuring that vehicles are not dwelling in the pick-up and drop off zone.”

He said new car parking payment technology will also be introduced and the airport is currently looking at options through a tender process. 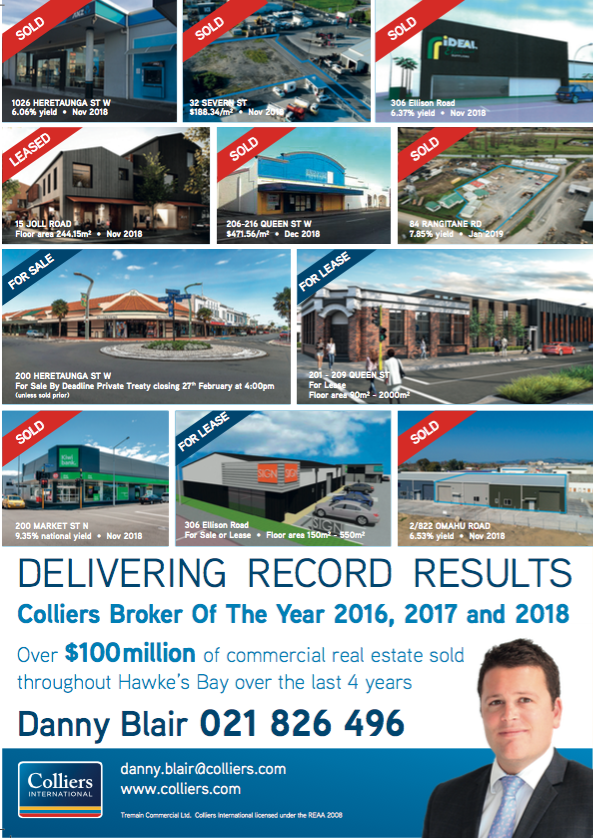