We are now in the recovery mode of COVID-19, having been in full lockdown and then varying levels.

At Level 1 we are much closer back to the normal than many other countries across the globe.

There is certainly an air of the unknown going forward from an economic recovery, but Hawke’s Bay is well poised to recover at a faster rate than other regions. There’s significant residential, commercial and industrial building activity on construction books and we have also had several prominent sales.

The Colliers Hawke’s Bay team was busy during lockdown working on many leads and listings and it was a major highlight to announce at Level 2 that we had closed a history making transaction with the sale of The Tomoana Food Hub for $41m, at a yield of 6.23 percent.

It was a fantastic feeling to announce the record sale to the Hawke’s Bay business community, providing confidence that there are willing investors keen to invest in Hawke’s Bay.

The sale was to a new property syndicate established by Mitchell Mackersy Lawyers. The syndication scheme didn’t close until end of March and was over subscribed, which is another indicator of investor confidence in Hawke’s Bay.

Tomoana Food Hub also has some high profile multi-national tenants that are long established in Hawke’s Bay such as Tomoana Warehousing, Jamestrong Packaging and Fonterra.

During lockdown the Colliers International market research team based in Auckland launched a new investor and occupier sentiment survey which sheds some light on how landlords, tenants and investors have reacted to the impacts from COVID-19 and expectations for the future.

Approximately half of the respondents believe that conditions will stabilise within a year and 58 percent see the year ahead providing new opportunities and indicating that they would like to make their next acquisition within the year.

Enthusiasm amongst purchasers has clearly been bolstered due to a general belief that values will ease over the short term from the peaks apparent over the latter part of 2019. Approximately 80% of respondents are picking a decline in values, but some may be disappointed. Transactional evidence to date suggests that high quality properties with premier tenant covenants remain in demand with limited shifts in pricing.

Rent relief during lockdown has been a significant issue and is clearly illustrated by responses to the survey with 82% of landlords and 55% of occupiers confirming that rental assistance packages have been agreed. In April, 84% of occupiers reported paying of 50% or more.

It is likely that the May statistics will be similar with 67% of landlords and 76% of tenants expecting rental payments to be the same as they were in April.

The lockdown also enforced a massive change in working habits with a vast majority of office workers conducting business from home. Survey results show that the move has proved popular for employees.

Although working from home is likely to be an ongoing topic of discussion 75% of respondents to the occupier survey indicated that they would retain the same or increase their footprint over the next 12 months.

Further, the traditional office setting continues to offer many advantages. According to respondents, being able to collaborate with colleagues in person (34%), bumping into co-workers (13%) and the ability to have spontaneous meetings (12%) were rated as key benefits.

The industrial property sector is viewed by investors as being the most resilient in the current economic climate. While there will be some disruption in the short term due to the impact of COVID-19, history shows the resilience of the industrial sector in periods of uncertainty and market disruption.

At the heart of the industrial sector, goods-producing industries such as manufacturing and construction accounted for around one-fifth of New Zealand’s $300 billion economy in 2019, according to Statistics New Zealand. In addition services such as transport, warehousing and postal services, industries in growth pre-COVID-19, has been boosted significantly in recent months as people shift to online and ‘click and collect’ services more than ever before. 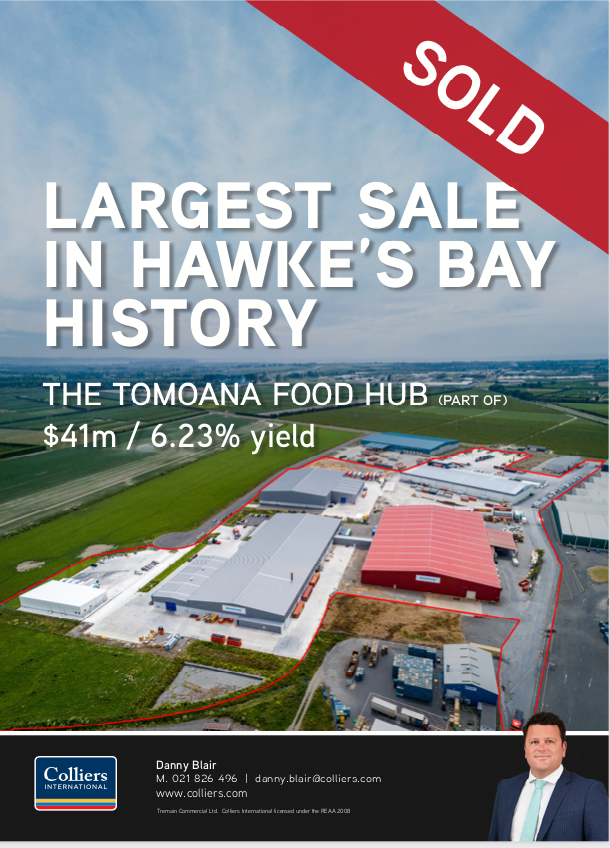 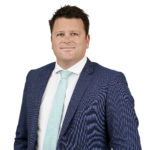 Danny Blair is a director and commercial real estate agent with Colliers Hawke’s Bay.
He has over 12 years’ experience in the commercial real estate industry and has been involved in many high profile transactions throughout the past decade. He specialises in sales and leasing solutions for, investors, developers and corporate tenants alike.