Brenda Chapman has been the marketing face and voice of local tertiary education institute EIT for 20 years. You will have heard Brenda’s Canadian effervescent accent on the local radio stations promoting the many courses at EIT.

Brenda started at EIT in January 2000 when there was just over 2000 EFTS (students) and leaves 20 years later with the EIT firmly established as one of the strong education institute performers.

She is moving to Auckland to live with her new partner and is in semi-retirement.

What is your career background in New Zealand?
I was an international commerce trainee conducting market research for the Manawatu Standard Ltd, the Timaru Herald and the Southland Times for 12 months back in 1986/1987. Subsequent roles included Marketing Manager and advertising manager for the Manawatu Standard. I moved to Hawke’s Bay in 1993 and was the marketing coordinator and then the Manager – General Cargo at the Port of Napier. I came to EIT as the Section Manager – Education and Social Sciences in January 2000 and was then promoted into the Marketing leadership role in August 2000.

There will be many highlights – what are some of the ones you are personally proud of?
The many building openings and degree launches (Bachelor of Recreation and Sport, Masters in Health Science), in the early years under Bruce Martin’s leadership as our chief executive.

Any funny moments that you recall?

There are many but one that springs to mind is when EIT sponsored a category at the Hastings Business Awards and it coincided with the Rugby World Cup in NZ. The Canadian team was based here – so of course I needed to support them! I wore a red dress, a polar fleece maple leaf shaped hat and a Canadian flag as a cape, whilst delivering the speech. Anything to be memorable for EIT!

Are there any special mentions of people that you have worked with closely?
The many colleagues I have worked at EIT for a long time, it’s a fabulous place to work with a very collegial environment. It’s family friendly and with a great work/ life balance.

Our connections with the business community has also been a highlight. I’ve enjoyed networking with many organisations and the sponsorships that EIT has held – Sport Hawke’s Bay, Hawke’s Bay Magpies, HB Chamber of Commerce, Hawks Basketball, Hawke’s Bay Netball, the Napier and Hastings City Marketing organisations, and the various employers.

You’ve worked under two high calibre chief executives, what was that like?
Both Bruce Martin and Chris Collins have been extremely supportive and always supported our marketing efforts. We have a team of professionals and I have appreciated the support that our employer community has given us.

You have been a champion of EIT at many events, adding your own unique character. Was that important to you?
What I love about our region is that we embrace vibrancy and accept differences. There have been many events that EIT has sponsored and I have enjoyed being able to profile EIT in a memorable way.

Will the identity of EIT remain strong on the east coast?
The people who have studied at EIT and the staff who have supported them are the foundation of the region. These people have contributed to the local economy and the improvement of the quality of health of the citizens of our region – Hawke’s Bay and the East Coast.

While there is the establishment of the NZIST organisation, the people who have studied and worked at EIT will continue to improve the economy and the quality of life of our region.

You have also been a big advocate for Hawke’s Bay – why is that so important to you?
Hawke’s Bay is a fantastic place to live, work and play. EIT is a cornerstone to that – we have over 800 people on the payroll, and over 10,000 students studying at EIT. 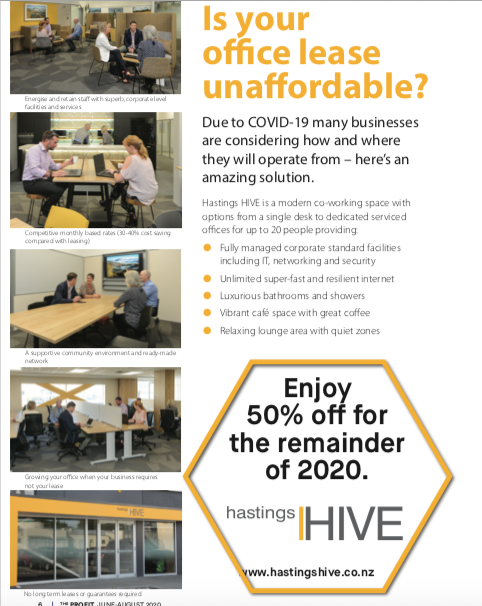