“It’s awesome to be able to return to Hawke’s Bay, have a positive impact within the community and strengthen Beca’s involvement across a wide range of construction and infrastructure projects,” says Matt Sanders, Beca Hawke’s Bay Market Leader.

Matt attended St John’s College in Hastings before completing an engineering degree at Canterbury University. After an OE in the UK, Matt joined Beca in 2005, spending most of that time in Wellington, apart from a three-and-a-half-year stint in Brisbane, where he was involved in the design and construction of a new runway for Sunshine Coast Airport.

Matt heads up a Hawke’s Bay team of eight consultants. Most of the team will be based at Hastings Hive, a shared business hub in Queen Street, Hastings, while other team members are based full-time on key projects such as Napier Port’s new 6 Wharf construction project and with contractor Higgins, as part of a partnership for the delivery of the Waka Kotahi NZ Transport Agency roading contract.

The decision to establish a greater physical presence in Hawke’s Bay was based on a strong record of project delivery over many years, a robust local economy with a good pipeline of public and private projects, and well-established relationships with local clients and contractor partners.

Matt says Beca will focus on markets and areas that will make an impact on people and communities throughout Hawke’s Bay – with a particular focus, at least initially, on roading, ports and transport infrastructure, alongside land development, housing, water and food and beverage facility projects. 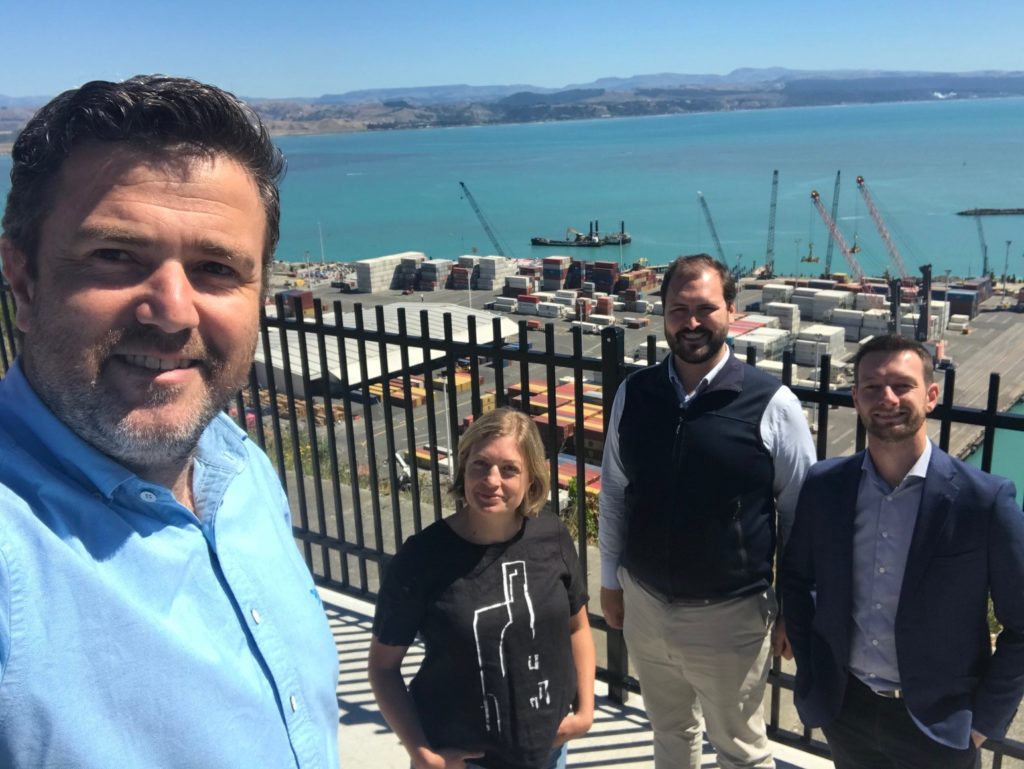 “One of the key motivators or reasons for opening our office here in Hawke’s Bay was the strength of our connections and relationships, having worked with the likes of Kraft Heinz, T&G Global, Ravensdown, Rockit Apples, local councils as well as major roading and infrastructure projects for Waka Kotahi, Napier Port and Hawke’s Bay Airport.”

“Our clients in Hawke’s Bay do incredible things every day. They are transforming our community and changing lives, and we are right there alongside them.”

At a national level, investment in three-waters infrastructure (drinking, waste- and stormwater), as well as Government reform, is underway across New Zealand – with Hawke’s Bay at the forefront.

Beca is presently working with Napier City Council and Central Hawke’s Bay District Council on responding to the reforms and optimising their three-waters assets.

“Water is a challenge right across the country at the moment. We have a huge amount of experience in the water space and we’re committed to helping councils with this very critical asset.”

Matt says Hastings Hive has proven to be the perfect solution for establishing a permanent presence in the region. The Hive is a mix of individual office suites and an open plan shared workspace, that creates a vibrant business community under one roof.

“We’ve been able to set up really quickly, it’s pretty much been walk in, plug in our computers and hit the ground running.

“It’s got some great facilities such as meeting rooms, a concierge area and café/kitchen area as well as ultra-fast fibre and IT server capacity that we can utilise as we grow or add new services such as 3D modelling which uses larger data capacity.

“We’re really excited and positive about being involved in a wide range of exciting projects that will come up over the next few years. Hawke’s Bay is certainly on a roll – COVID has had an impact in other regions but so far the Bay has been relatively protected, due to the buoyant primary sector as well as local and central government investment in major infrastructure projects.”

To find out more about how Beca is making everyday better, visit: www.Beca.com 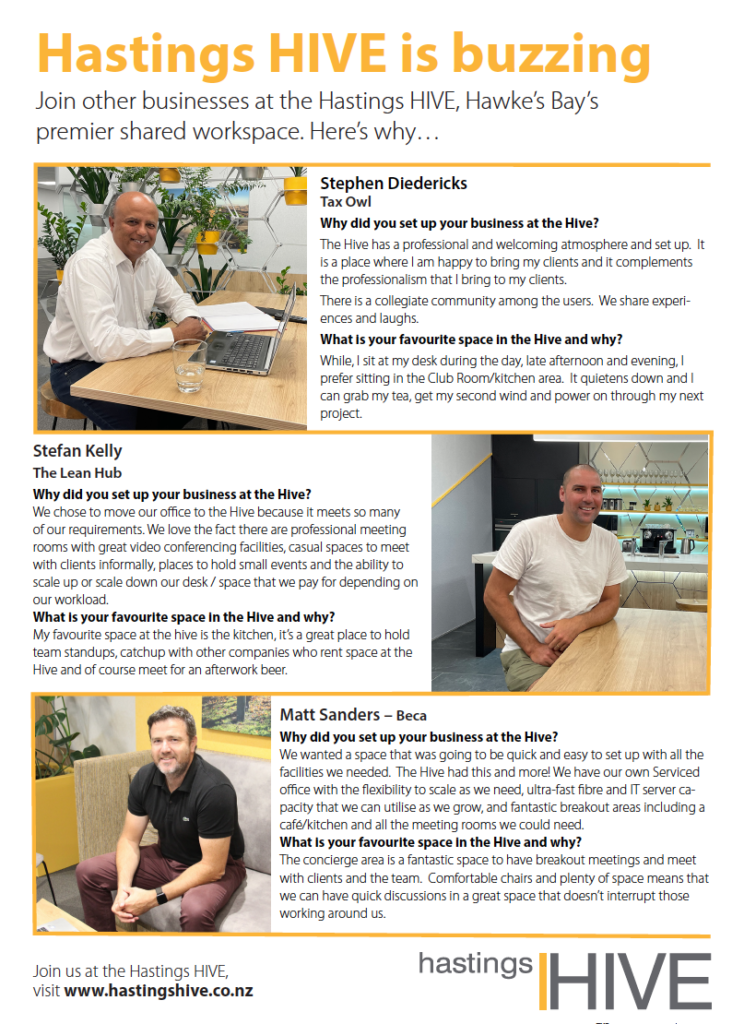