Much has changed in the world of beer appreciation over the three decades Jeremy Bayliss has been running pubs in Hawke’s Bay.

He recalls that in the early 1990s, when he was managing Napier’s Criterion Hotel, beer drinkers weren’t exactly spoilt for choice. So it was a big deal, for example, when Steinlager launched a second label and punters suddenly had the option of a Steiny Green or a Steiny Blue.

Fast forward to today’s very different beer scene. Jeremy is the proprietor of the Westshore Beach Inn, Napier’s only ‘brewpub’ where beer is made on-site and 30 varieties are available on tap alone.

The Westshore Beach Inn is home to the Napier Brewing Co, a joint venture between Jeremy and Paul Anderson, founder of Indian restaurant Indigo.

Jeremy began a push to offer drinkers the ultimate in choice about seven years ago when he stocked the Westshore’s fridges with about 200 different craft beers. But in the past few years the focus has shifted to the fresher option of a regularly-changing range of tap beers, including – but not limited to – those produced on-site.

“It was just a natural progression for the business. It was about delivering an experience to our customers and giving them a reason to come here,” he says.

One thing the focus on craft beer wasn’t, he says, was any kind of reflection of his personal skills or interest in brewing.

Jeremy says he has never been a home brewer, failed School Certificate science and “I can’t match two chemicals together, I can’t cook.”

Jeremy says he remains convinced the brewpub model is the way of the future.

“Family-focused, child-friendly brewpubs are more about family than beer. They’re an environment where people can relax and converse, with a great offering of food and beer – that’s what pubs stopped being.”

About 45 to 50 percent of the Westshore Beach Inn’s beer sales are now craft product.

“We don’t make more money from the beer we brew here but we think we’re more successful because we’re presenting to the public something that’s interesting and varies all the time. It’s not that the beer is cheaper – it’s not, it’s more expensive. We can’t brew on-site here cheaper than mainstream beers because of economies of scale,” he says.

“On that basis, for most brewers, if they costed their time, brewing is a labour of love. But not everything’s about money.”

Jeremy believes Hawke’s Bay is well served by its range of craft brewers and hospitality venues selling their products, along with other quality beers.

“There’s a good local community of brewers in Hawke’s Bay. I think we all realise the market is there to be grown. Rather than battling with one another, it’s far better to grow the market and for everybody to rise with the rising tide.”

For those reason’s Napier Brewing Co has always employed a brewer. The role was first undertaken by Damian Birchman of Crazy Bay Beer, then by Matt Searle of Sneaky Brewing. Last year John Bradbury, previously of Eskdale’s Zeelandt Brewery, took up the job.

Jeremy says the three brewers have each brought their own style and personality to the role, producing a wide range of beers, “which is part of the fun”.

“We’ve had a leaning towards American pale ales and done a really good job with those. With John we’re branching out a little bit more. He’s done more work with more malty and English-style beers while still maintaining the APAs.” 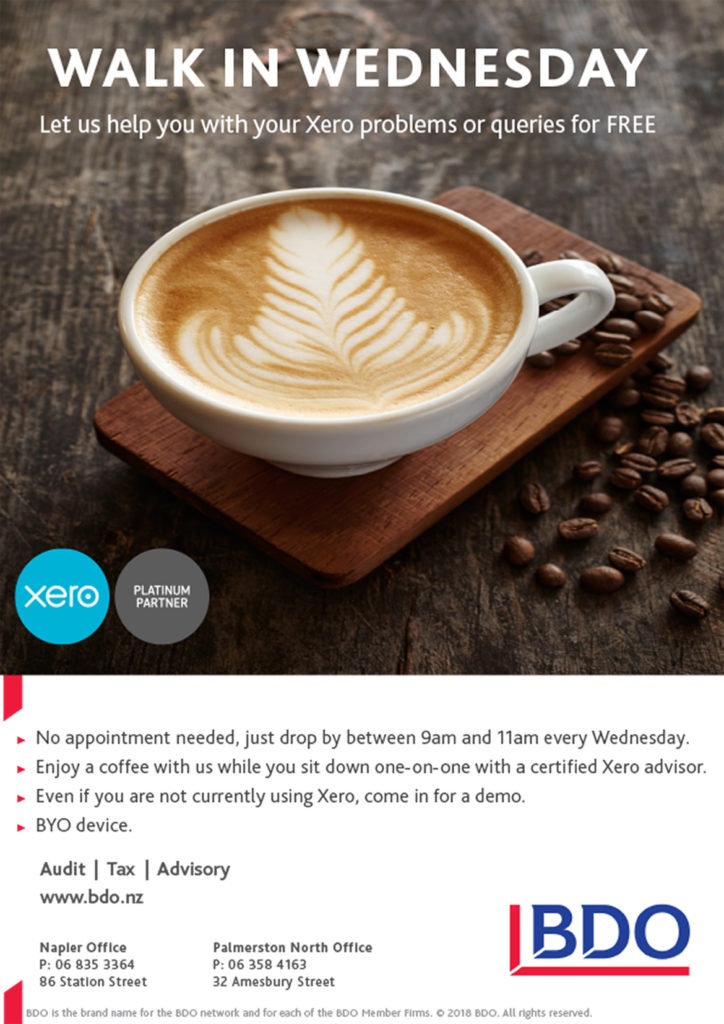