In 2020 Colin will pack away his theodolite for the last time, drawing an end to a career that has spanned 63 years as a land surveyor. Over this time, he’s seen the emergence of Flaxmere as Hastings’ new suburb, the huge population growth of

Havelock North, and the subdivision of lifestyle blocks and rural properties into more smaller parcels of land.

Every work day morning for many of these years, Colin has got into his trusty white Nissan ute and driven into his office in Avenue Road,

Hastings. The firm has had just three licenced partners in nearly 90 years – Harry Davies who founded the firm Davies Newcombe in 1931, Norman Hewkin and Colin.

Colin attributes his work ethic, professional skills as well as his longstanding involvement in the community to Harry and Norman.

“I joined the firm straight out of school as a cadet and learned the trade. H.C. Davies was a wonderful man and a guy I respected and learned a lot from – not only in surveying but in all aspects of being a surveyor as well as being involved in the community.”

Colin’s work ethic has been exhaustive for his entire career, both in business and as a community leader. He was a three-term Havelock North Borough councillor and after amalgamation with Hastings, he spent two terms on the Hastings District Council.

He has also been a loyal and hard-working member of the Havelock North Rugby Club and the local squash club, spending hundreds of hours on build projects such as rugby and squash club rooms, fundraising for the Village Pool, Havelock North Library and Community Centre, and the restoring of the Village Domain pavilion.

As a land surveyor Colin says his approach has been to ensure that a residential or lifestyle development enhances the surrounding environment both for residents and the broader public.

“Our role is to always ensure that the quality of the environment is enhanced.”

Shanley & Co was heavily involved in the development of sections in Flaxmere through to the early 1990s and at one stage was surveying 300 sections a year. He says that if it wasn’t for residential planning changes and an over-zealous social welfare system, Flaxmere could have looked considerably different today.

Initially Flaxmere had a grand entrance with sections larger than 700m2 along Flaxmere Avenue, which backed onto an extensive park (Flaxmere Park), but over time and as you go further into the suburb development, the housing standard deteriorated.

“A good form of development not only caters for the people who go into that environment but also the surrounding community. We’ve always looked to enhancement but there can be areas that become detrimental to residential growth and worthwhile development.”

At the opposite end of town, in Havelock North, the sleepy village has become a bustling residential and commercial hotspot that could have been shaped more differently had the Havelock North Borough not merged with Hastings.

Colin says that prior to the merger there was an opportunity, thanks to some good planners, to create a masterplan for the village. This included new residential development in Arataki, to the north, which is now only just being realised.

The Arataki extension was a proposed growth area that would provide Havelock for a population of 14,000.

However, Colin says all that has happened isn’t a criticism of amalgamation, more a reflection. He says with further residential development proposed over the next five years with Brookvale and Iona set to accommodate over 700 houses, along with a retirement village to be built in Te Aute Road, it’s time to look at a new masterplan that will relieve congestion in the CBD, around schools

and connectivity to Hastings.

“There’s no doubt that Havelock will need a third arterial road connecting to Hastings and that will happen to the south at St Georges Road, at the existing bridge across the Karamu creek.”

As Colin looks back on his career, he’s reluctant to single out his own personal achievements or any specific development but when pressed, he says the Enfield lifestyle development near Paki Paki is a standout.

He’s particularly proud of the relationships the firm has developed with many landowners across the district, as well as the long-standing contribution made by many of his loyal staff. Frank Nijssen has been with the firm for over 38 years and Aaron Britten for 28 years.

As he prepares to exit in 2020, he says that although the firm hasn’t kept pace with modern technology, he’s enthusiastic about the next era of the firm without him at the helm.

“I have had huge satisfaction in doing what I’ve done. We’re a bit old-school but that comes from the foundations of the business and the early years I spent with Harry Davies.

“We are a bit behind the eight ball when it comes to a modern practice but there will be a new environment here that means the firm will be very much alive and well after I’ve gone.

“I’m pulling out at the right time and in good heart. The new administration will move Shanley & Co onwards and upwards.”

Aaron Brittin has worked for Colin for nearly 30 years, starting straight out of high school and he’s in awe of what Colin has achieved in a professional capacity as well as his dedication to the community.

“He is devoted to his work and his integrity is unique and goes beyond the call. He deals with people in such a fair way and I’ve never seen him get flustered,” Aaron says.

Professionally, Colin is so well respected by his peers, many of whom have started their careers under his wings.

“They are in awe of his work ethic and how many survey plans we complete over the course of a year.”

Aaron says as a boss, you couldn’t get a better mentor and it’s no surprise that staff have stayed long term with the business.

“He’s taught me everything I know and is an icon within the survey profession,” Aaron says. 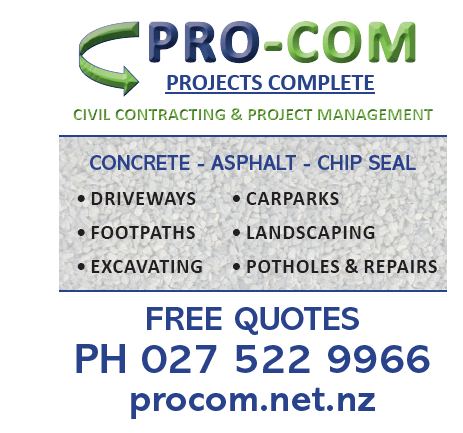