A “transformational experience” has not only propelled former Havelock North High School student Sam Wixon into the business world but landed him a key governance role.

Having competed in The Lion Foundation Young Enterprise Scheme (YES) for the past two years, the 18-year-old has been elected as the youth trustee for 2021–2022 on the Board of Young Enterprise Trust, which provides strategic direction and governance for the organisation.

“One of the biggest reasons that I applied for the youth trustee role was because I’ve had such a transformational experience with YES and I really want and hope that other people can have that same experience,” Sam says.

He hopes to have a positive impact on the bicultural side of Young Enterprise. “I want to make sure there is a strong voice for the students and a good understanding of what the students are after and what it is like going through the

During his final two years of high school (2019–2020), Sam’s business Te Kete ō Tangaroa developed an alternative to polystyrene bins, drawing inspiration from the mātauranga of his tūpuna to do so.

Passionate about business, design and te ao Māori, Sam was inspired to take polystyrene out of circulation, offering an alternative with his own bins made

from a biodegradable material that could also be industrially composted.

It was also one of the five YES businesses selected for the Global Kaitiakitanga Project in collaboration with New Zealand at Expo 2020. In 2019, Sam was in the Uprise digital team at Entrepreneurs in Action (EIA), which took out both business challenges.

Sam says he “never would have thought” he would be able to achieve what he has, but YES pushed him and showed him his potential. “It made me a lot more open to taking and grasping at every opportunity, pushing myself and being resilient, and

I think that’s really transformational for myself and most people.”

As well as his trustee position, Sam has recently begun a Bachelor of Design Innovation majoring in Design for Social Innovation and minoring in Public Policy at Victoria University of Wellington.

His experience with YES has meant he now has a “really good tool belt of abilities and understandings that are more than what we just get out of the stock standard school experience”.

As for his business, he is unsure what the future holds.

it to a point where it will be market-ready, which is something I can’t do by myself.”

Sam’s success is the latest in a long list of trailblazing Rangatahi from Hawke’s Bay who have achieved national success through YES. Most notably, former Karamu High School student Jeriel Sajan, who was the first to hold the youth trustee position for 2019–2020.

The end of Jeriel’s term has seen her take up the newly created position of Hawke’s Bay and Gisborne regional coordinator – a role she is looking forward to diving into headfirst.

A YES alumna who participated in both 2015 and 2016, Jeriel developed a passion for both business and the work of Young Enterprise and is excited to now be a regional coordinator.

Jeriel has continued her keen interest in business and is currently completing a Bachelor in Business Studies at the Eastern Institute of Technology (EIT).

“When the opportunity to be the national youth trustee came up, I thought I would love to give back to the organisation; and then actually being involved at these different levels, I just fell in love with it, so this is like my dream job,” Jeriel says.

She not only hopes to increase participation for the region – already at 450 students – but also see students place at nationals as well as win a sponsored award.

“We certainly give the rest of New Zealand a good run for their money and we would love to show that we are actually leaders in this area, so I’m going to be pushing for that in the coming year.”

Despite the disruptions faced because of Covid-19, more than 4,000 senior secondary students took part in YES last year, setting up over 1,000 companies between them. Only 21 of those companies made it to the national final, including Te Kete ō Tangaroa.

Hawke’s Bay also won three sponsored awards – the same amount as Wellington and just one less than Auckland, who has almost three times the number of students participating.

Jeriel believes Hawke’s Bay’s success is down to people seeing the value that YES has on a young person’s life.

“I think people get onboard with the momentum and they can see how a young person becomes more confident and more resilient after they’ve had a chance to give this a go, and the more the region gets on board the more our Rangatahi can really thrive.”

As part of the programme, Jeriel is looking for people to consider being a mentor for a team. “These young people would really benefit from having an older person who is more experienced in business or other sectors.”

If you want to find out how you can be a part of YES here in Hawke’s Bay, contact Jeriel on jeriel@hbchamber.nz 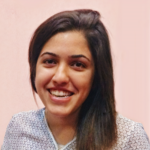 Astrid Austin is a journalist and writer who has journalism experience beyond her years. She began writing at 16 years old when she started interning at Hawke’s Bay Today during the school holidays. In November 2018, she began working full-time at Hawke’s Bay Today and over a two-year period she covered police, crime and court, health, Hastings District Council and education. Astrid left Hawke’s Bay Today in November 2019 to work fulltime with her father Andrew at the family media and communications business, AustinMedia. She also reports on local issues and breaking news for Hawke’s Bay App. If you have a story to tell, Astrid will find it and tell the story.