Recently there has been significant coverage given to the rapid escalation of costs within the New Zealand (NZ) construction sector. It’s no surprise then that this has seen a sharp increase in the cost to build/ rebuild in a comparatively short time frame. However, even if your policy includes an automatic inflation guard to cover annual inflation, your coverage has probably not kept pace with this unexpected spike in building and labour costs. To be protected against loss, your coverage should equal the cost to rebuild. An accurate valuation is vital to ensure policyholders have appropriate coverage in the event of a loss as this will allow you to replace your asset in the event of disaster and this will directly impact the values assessed to ensure your property is adequately insured.

What is causing building costs to escalate?

Escalating costs within the building sector can be attributed to the Covid-19 pandemic as it has impacted three key areas, labour, materials and inflation. Globally the pandemic has caused labour shortages and locally we have also been impacted in large due to the lack of immigration caused by the closed borders as well as the Governments slow response to easing these settings especially in a boom.  This has contributed to the industry facing a labour shortage across the skills spectrum, with a particular shortage in higher-value roles.

Findings from the EBOSS Construction Supply Chain report in Q1 of 2022 found that 33% of suppliers don’t have enough staff to meet current demand and 56% say they don’t have enough staff to meet future demand. Furthermore, efficiency on building sites has declined due to health and safety requirements, increased public holidays, new sick leave provisions, the restrictions on the number of workers allowed on site as well as the onerous sign-in protocols have also directly contributed to the escalating cost to build/rebuild.

It’s no surprise then that the cost to source and supply materials has gone up, especially as NZ is particularly reliant on imported materials for its construction sector. Initial lockdowns caused port closures and disruptions and the world had been trying to catch up ever since. The consequent effect of the backlog has caused freight congestion with ports globally now struggling to catch up. This in turn has created a shortage of available containers. Further exacerbated by a ‘demand boom’ both nationally and internationally is only adding extra pressure to an already stretched supply chain.

These factors as well as increasing fuel costs have contributed significantly to the upward trajectory of inflation, significantly adding to the overall operational cost and contributing to the escalating cost to build in a relatively short time period. This spike is not predicted to ease any time soon with major infrastructure projects and the volume of residential building activity lifting to historically high levels at $8.1 billion. (MBIE May 2022)

How does this Impact your Replacement Insurance Value?

Firstly, it’s important to understand that Market Value (MV) of your property can be very different to the Reinstatement Value which refers to the cost to replace your asset today, to the same size and scale, considering  modern equivalent technologies, materials and services. Therefore, cost does not always equal value and if you have an older premises, cost to recreate may well be above the asset’s current market MV. However, with construction costs rising quickly in a  comparatively short period and with most property insurers on an ‘Agreed Value’ policy, this means anything over and above that amount will not be paid out if the property needs repairs or a total rebuild.

As a result, you could discover that your existing policy limits and coverage no longer offer adequate protection. Considering these ongoing cost concerns, insurance companies are being proactive and asking for more regular valuations compared to five years ago.

It is important for property owners to be proactive too and the most prudent thing they can do is to make sure they have a current replacement insurance sum that is as accurate as possible. Unfortunately, insurance companies have already signaled that due to rising construction costs, an increase in claims due to the impacts of the cost escalations as well as the increased cost of reinsurance, premiums are signaled to go up. 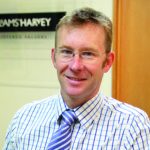