Napier City Council has recently launched its District Plan review process, which at this early stage is looking to be based around the following six key outcomes:

Too often the Plan development process falls into an academic exercise where the direction of a District Plan gets forced to respond to only resource management issues, which risks a framework focused around the status quo, or worst still, the past.

The District Plan development process is supposed to be a creative exercise, where we can do some blue sky thinking and dare to be bold and consider what could be.

The way Napier City Council is approaching this review is refreshing, and while there are obviously certain processes and legal frameworks that need to be followed, this doesn’t mean one can’t create or feel free to suggest ideas, after all, that’s what Planning is all about.

All too often we fall into the trap of thinking it’s all about creating and ticking boxes and following the way it was done in the past, or trying to put different issues or proposals in the one box as we think we need to drive towards the same sort of outcome for everything in the one environment. This happens when the theme or tone of a process or planning document is inherentlyuncreative or not interested in thinking about things. The result is often a regulatory environment where it seems hard to get things done or to introduce new ideas, let alone get excited about them.

Napier has some great opportunities. We have people visiting from all over the world, and having been to a few different places in the world myself, Napier is right up there through the lens of a tourist, and easily comparable to memories of the Mediterranean with its small towns, novel architecture, vibrant centers, coffee shops and eateries. Napier has this potential.

The ecological excellence idea is a great opportunity. Although some may think this gets borne out in greater regulation, its actually the clean streets, water bodies, harbour and coastline, and the well- developed and planted parks and reserves that we all enjoy spending time in. Focusing on ecological excellence is actually one of the easiest things to do to enable our community to unload and spend quality time with our friends and family. Ecological excellence benefits all of us.

So what can you expect in a District Plan process. Well Napier City Council have announced it intends to notify a draft plan in 2020. Between now and then there will be a number of informal ways to contribute ideas and feedback to inform that initial draft. There will then be time to make a submission on the draft prior to the formal Plan being notified.

Once formally notified, the process gets a little more organised. A first round of submissions enables you to make a submission on the plan. A summary of these submissions is then notified, and there is an opportunity to make a further submission as to whether you are in support of, or in opposition to an original submission. There may be opportunities to discuss or mediate on different issues to reach a resolution, but the next step is generally for a report, or series of reports to be prepared that makes a recommendation to a hearing panel. A hearing, or series of hearings is then held where all the outstanding issues are heard and decided on. The Plan will then become operative as all appeals, if there are any, are resolved.

Although managed in a quasi-legal sense, the process is purposely informal so as to encourage participation. This is important, as while the more academic part of a District Plan review sets down what ‘must be’ included, it’s an opportunity to think about what we ‘want’ to include for our City – and who knows, this may influence how we manage those things that must be included.

I think the direction Napier City Council is looking to take our city, and more importantly the manner in which they are wanting to do it, is the way it should be, and while there will no doubt be competing interests and debate around the detail, future outcomes seem exciting – and they’re the ones we can only imagine at the moment. 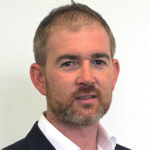